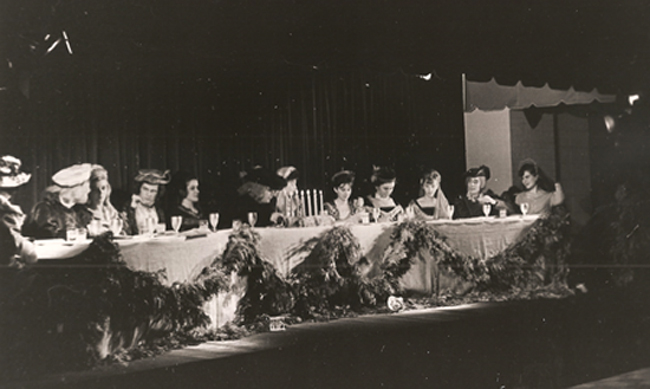 The Madrigal Dinners (1964-1966) were sponsored by the University of Detroit Chorus and the Student Union. Members of the Chorus in full medieval costume, welcomed the diners at the door of the student union decorated in middle English ‘Great Hall’ trappings.

Guests are called to the table by heralds playing fanfares and a processional of tasseled trumpets, which also hail the arrival of each course on the menu.

A recording of the Songs by the University of Detroit Madrigal Singers is available on CD at the library. 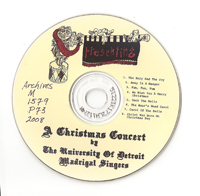