“the most important fact about spaceship earth: an instruction book didn’t come with it.” R. Buckminster Fuller

The World Game was an educational exercise in planning a more equitable and efficient  distribution of the worlds resources among all people. It was conceived and designed by Buckminster Fuller, who served as a visiting professor at U. of D.  for a year in the School of Architecture. Students could could earn up to eight credits as a graduate or undergraduate in the biology, sociology and education departments. At U. of D. the students centered their efforts in solving pollution and urban problems facing the universe. As part of a freshman semester project, U. of D. architecture students constructed a geodesic dome which was then turned into a World Game center. 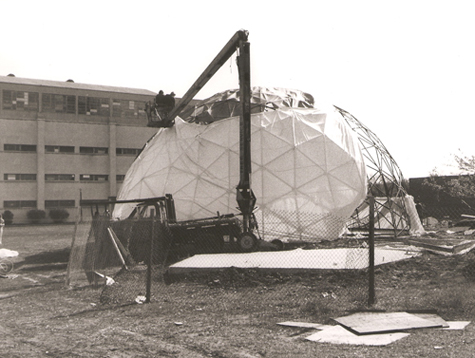 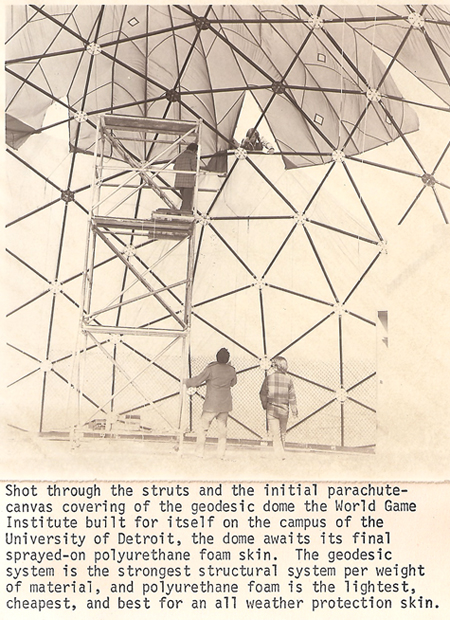 Students used research materials that Buckminster Fuller had been gathering for 50 years.  The players accessed the World Resource Inventory at a computerized facility at the Edwardsville campus of Southern Illinois University. It included information from geography, meteorology, minerology, physics, chemistry, biology, psychology, sociology, anthropology, and ecology. (You have to remember-there was no such thing as the internet to use at this time) 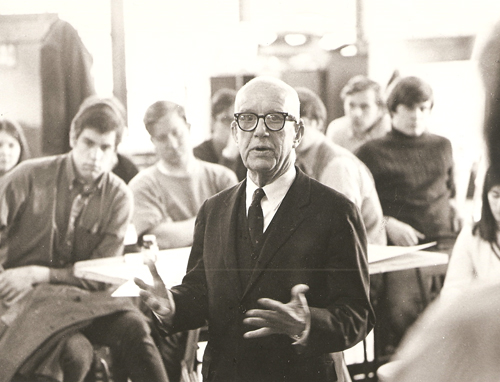 Buckminster Fuller answers a student’s question on the implications of design.

In spite of the initial enthusiasm for the program, it did not survive after the first year at the University of Detroit. Plans to have a summer course failed-no students signed up. In addition to financial problems, there was a debate over the academic value of the course. When the World Game course was cancelled in 1971,  it was moved to Duns Scotus, a very small college of about 60 students, run for primarily Franciscan brothers and priests. The geodesic dome was demolished.

From Wikipedia: In 2001, a for-profit educational company named o.s. Earth, Inc. purchased the principal assets of the World Game Institute and has been offering a Global Simulation Workshop that is a ‘direct descendant of Buckminster Fuller’s famous World Game.