For several years when U of D put on a Spring Carnival they would announce an “American of the Year”.  Arthur Godfrey, a radio and television entertainer, was the first person who was given such an honor in 1952 for his continuous fight for racial tolerance. Some of the other personalities who were given the title included Danny Thomas, Ed Sullivan and Perry Como. There are many stories to tell about the Spring Carnivals the University sponsored for many years, but the actions of Arthur Godfrey deserves some extra attention.

Some students went to New York to invite Arthur Godfrey to the Spring Carnival. They got to meet him after a morning show in which, after inviting them to lunch, he accepted the invitation. The students expected that after he had made a quick trip to Detroit for the carnival he would just return back to New York. Instead he arrived early and helped paint and set up booths. In fact he stayed the full two days of the carnival helping out and visiting booths that were not getting much attention. 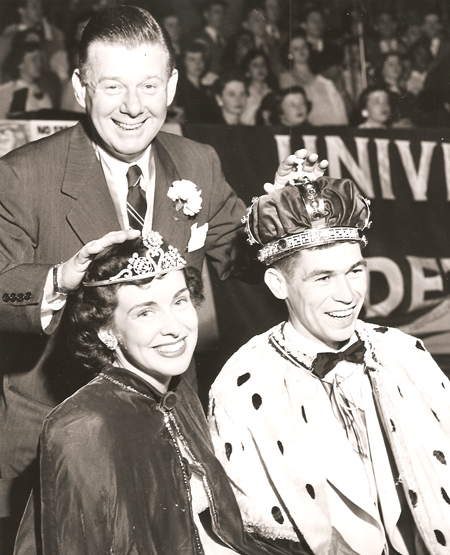 The Spring Carnival was a fund raising event for a Student Union Building. While Arthur Godfrey was here, he ate at the Union snack bar which was located in the basement of the Chemistry Building. He commented: “These kids don’t even have a real place to eat.” Before he left, he told Fr. Celestin Steiner, UD President,: “I’ll be back with the whole crew and it won’t cost you a cent.” A few weeks later his business manager called and asked “When do you want him?”.  A date was set to use the Memorial Building (now Calihan Hall), and he brought his entire company. He paid for everything-transportation, tickets, orchestra and other talent. The show grossed $16,300 dollars. 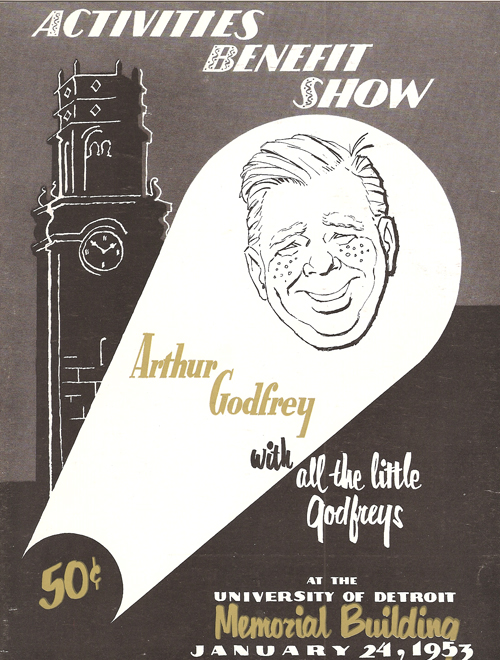 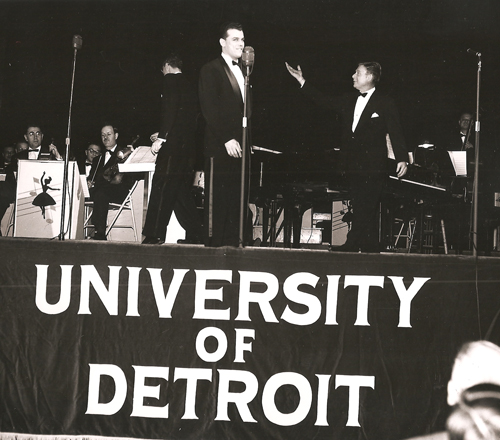 So the next time you have a Subway or Starbucks coffee from the Student Union Building, a little bit of it came as the result of the fund raising efforts of one red-head, freckled-faced entertainer of the 1950′s named Arthur Godfrey.