Off to the Races! International Intercollegiate Turtle Derby March 2013

A shortage of materials suspended the annual classic during World War II, but it was revived by the fraternity in 1946. 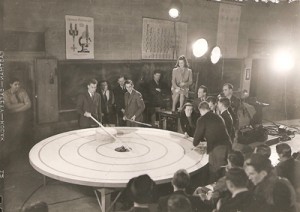 After the war it was held in conjunction with the University of Detroit Spring Carnival. It also expanded to include not only other colleges in the United States, but other countries as well. Some of the countries that sent turtles included: Australia, Scotland, Taiwan, Germany, Canada, England and Sweden. One year the University of Moscow politely refused to enter a turtle and challenged U of D students to a chess match instead. 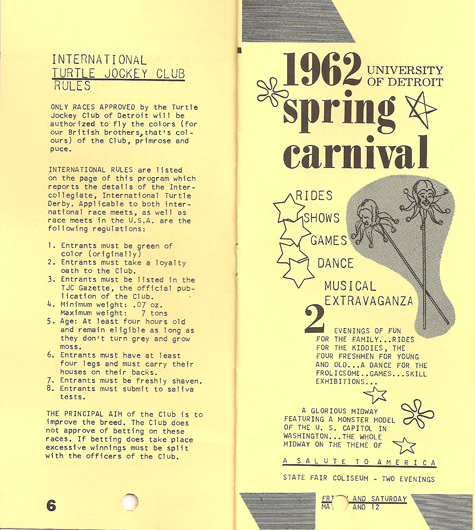 There were some interesting sidelights to some of the turtles that were entered in the race. In 1939 the University of Tennessee entered a snapping turtle named Waddles. He was left in a case at the University of Detroit’s biology laboratory over the weekend. A biology student left 10 frogs in the case so Waddles would have some company. When the students returned they only found Waddles in the case. Waddles apparently enjoyed the frogs for Sunday dinner and lay in the corner, too stuffed to move-and the race was only five days away. Another entry for the 1939 turtle race was scratched from the races unless the owner changed his name, “Hitler”. Check out his picture-that was one big turtle! 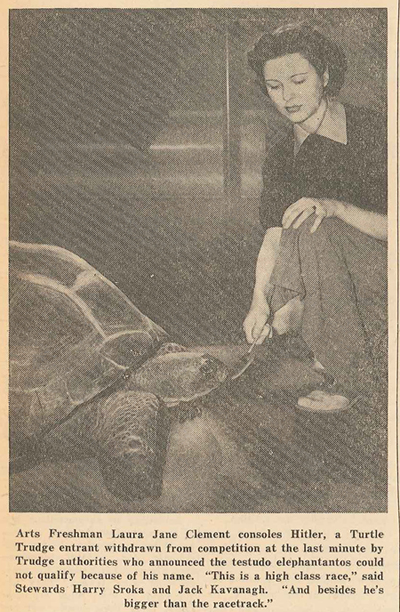 An almost insignificant item to the 1939 “Turtle Trudge”, as it was called back then, is a note that “Radio Comedian Bob Hope was to award a trophy to the winner.” This would have been a time just before Bob Hope’s fame really took off with his “Road ” movies. 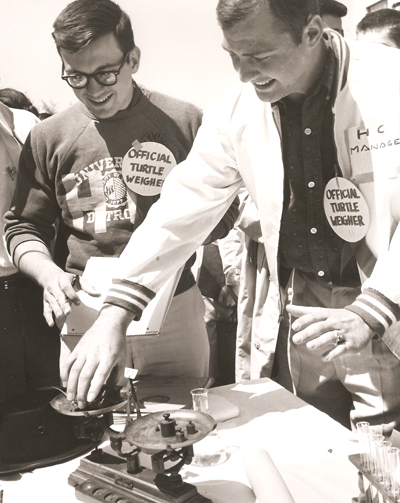 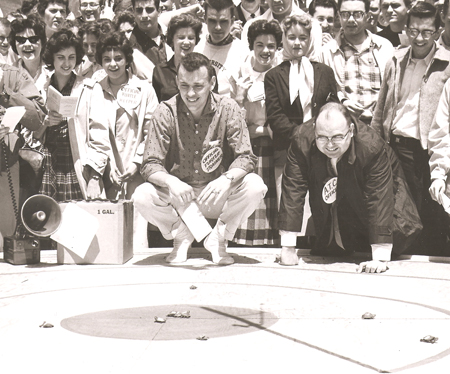 The biggest problem was getting rid of the turtles after the race. Most of the owners specify that they don’t want them back. Students raffled them off to new homes and added the funds to the Spring Carnival  Student Union Building fund. There is one turtle that might be missing on a trip back to its owner. There is a letter in the file from Los Angeles State College in 1961 looking for their turtle. It was apparently the pet turtle of a ten-year-old boy and he wanted it back. Nothing in the file to indicate if it ever made it back. I sure hope so-that would be an awful long trip even for a racing turtle to walk from Detroit to Los Angeles! 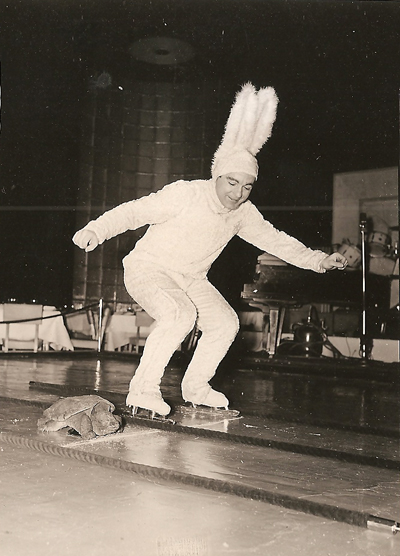