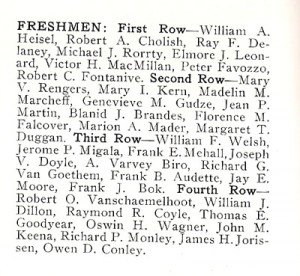 Elmore Leonard earned a degree from the University of Detroit in 1950 and has written many novels, some have been made into movies that include: Get Shorty, Mr. Majestyk and 3:10 to Yuma . His most recent work includes working as the executive producer for the television show “Justified”, which is based on his novel “Fire in the Hole. He must of been buried in his studies while at the university because I can’t find much while he was here except for a few pictures in the University of Detroit Tower Yearbook.

Joyce Carol Oates taught at the University of Detroit from about 1963 to 1966. Students at the time would have known her under her married name Joyce O. Smith. 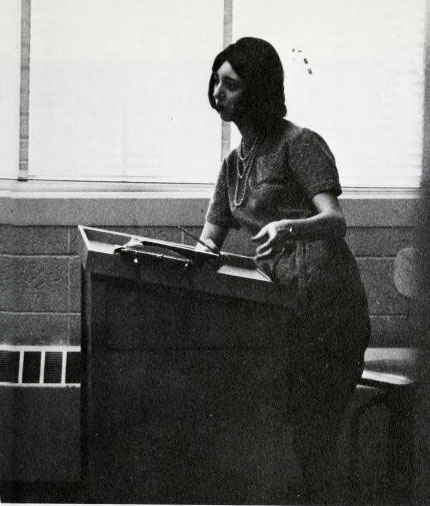 While at the university, she had a number of articles published in such publications as Atlantic Monthly, Shakespeare Quarterly and Transatlantic Review. Her short story book “By the North Gate” (1963) and novel “With Shuddering Fall” (1965) received favorable reviews, but her attempt at an off-Broadway play “The Sweet Enemy” 1965 was bombed by the critics. 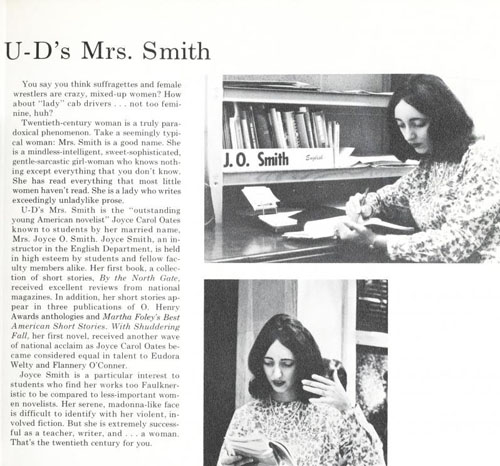 So the next time you go to class, look around-you could be sitting next to the next Nobel prize winner or future President of the United States!