Bishop Fulton Sheen made at least two appearances in the Detroit area for Mercy College of Detroit and the University of Detroit. He was one of the speakers for the McAuley Auditorium Series on May 23, 1949. He was presented by Fr. John F. Finnegan of the philosophy department, friend and former classmate. He spoke on the Spiritual Crisis of Our Time and some signs of hope in the crisis. 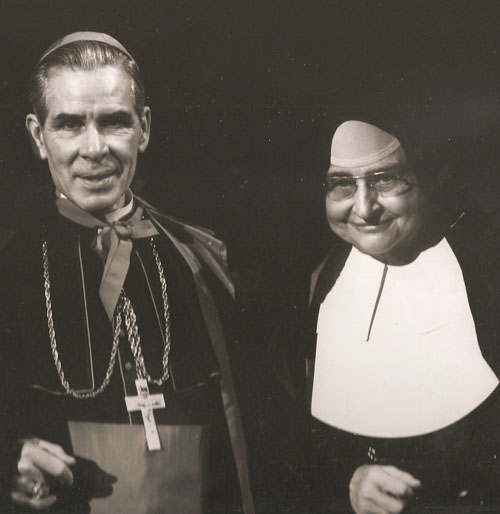 On June 16, 1960, he was given an honorary degree by the University of Detroit at their 77th Annual Commencement. His honorary degree was given in recognition of his work in radio and television. Communication was the theme in his commencement address: “All communications begin with words, not action…The very essence of Christianity is: ‘the Word became flesh’…You are communicators of truth and love.” 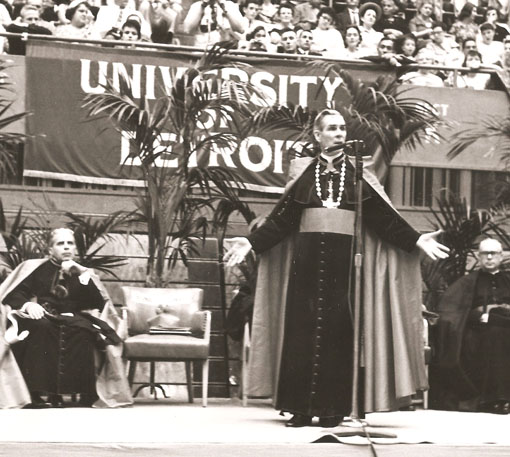