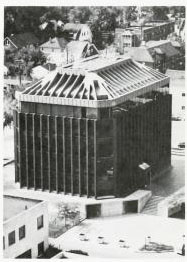 Programming for the Fisher Administrative Center  began in September 1963 and groundbreaking for the  building took place on December 17, 1964. Gunnar Birkerts and Associates of Birmingham were chosen as the architects. The 50,000 square feet structure was to consolidate the administrative offices that were scattered among several other buildings around the McNichols campus: Engineering, Commerce and Finance, Chemistry, Science (which is now the School of Architecture), Briggs, Library and Student Union Buildings. The official dedication took place on September 29, 1966, which was a few months later than originally planned, but weather and construction issues moved the completion date from February to September.

The Fisher was considered to be the visible port of entry for campus visitors since, at the time, 60 percent of the vehicles that enter the University grounds came from the south via the John C. Lodge Expressway. I am not so sure this is still true. At one meeting I heard that more people come on campus through the McNichols entrance, which would make sense since the University address is 4001 W. McNichols Road. Now with all the mapping systems people use through the internet, the Livernois entrance could get passed up. 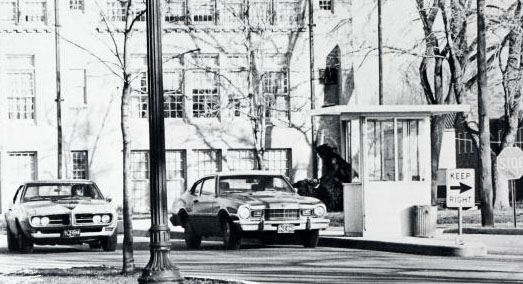 According to the student newspaper,  Varsity News, the Fisher Administration Center “will harmonize compositionally with the existing campus buildings.”

Hmmmmm, I am no critic of architectural designs, but I don’t see how the building fits with the Spanish architectural theme of most of the original campus buildings. To me it looks more like a giant radiator!

What do I know-AIA gave it an award in 2003: “The award recognizes architectural design of enduring significance and is conferred on a project that has stood the test of time for at least twenty-five years.”

Someone once told me that the reason the Fisher building is black was because at the time, most of the the old buildings were so dirty that they thought it was the normal color and the new building would fit right in. Well, if you check the pictures of Lansing-Reilly getting cleaned in 1990, it is easy to see why they would choose black for the exterior of a new building. 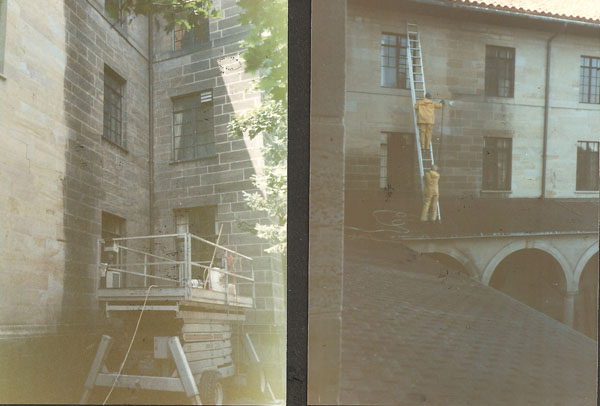 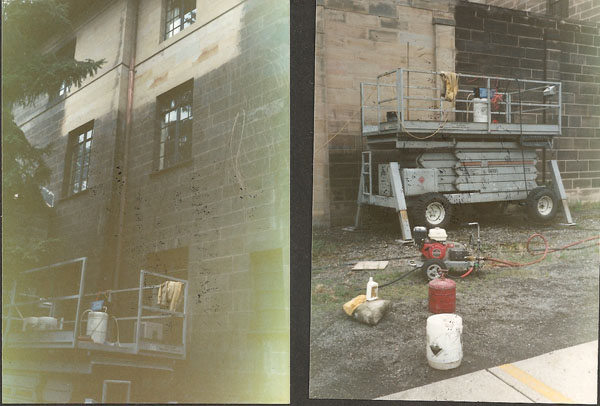 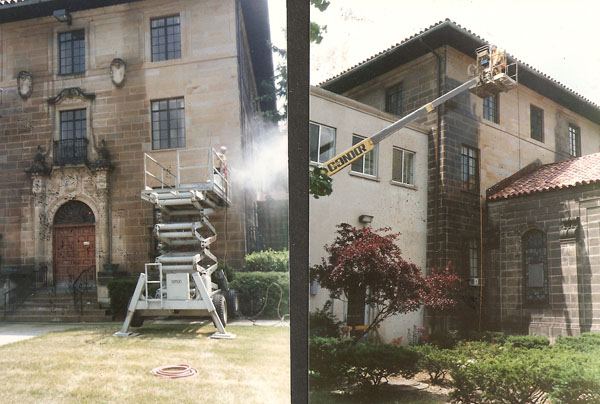 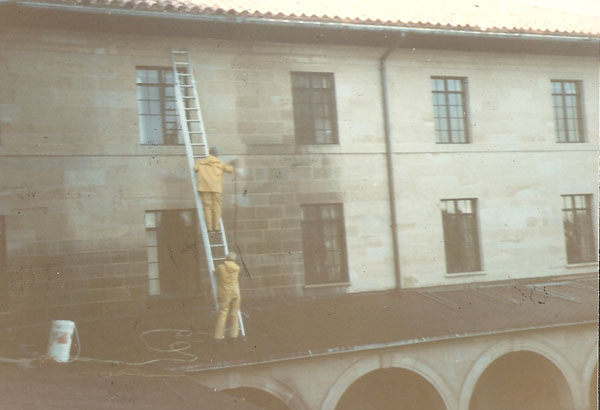