There she is – our Miss America! Pamela Eldred, Mercy College of Detroit Alumni September 2013 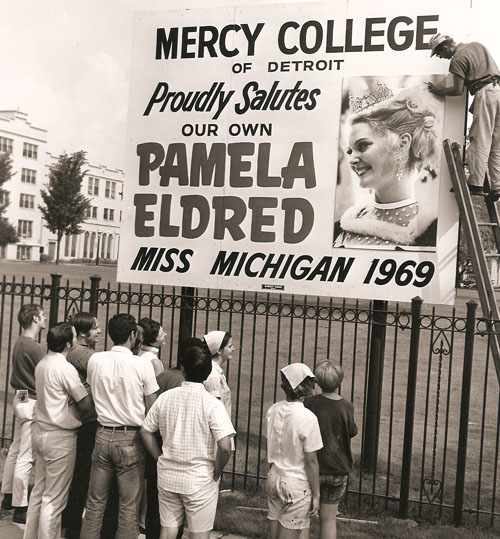 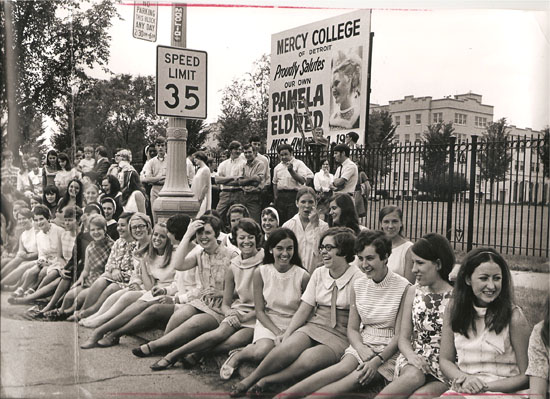 A brief account of her experience as Miss America (from the student newspaper): Each day would begin at 4:00 or 5:00 a.m. and start traveling to a scheduled appearance. Pam’s program appearances consisted of making speeches, autographing sessions, modeling for stores and fashion shows, filming commercials and campaigning for charitable organizations. She traveled 350,000 miles in 47 states (a-w-w-w she didn’t get to make it to Hawaii during her reign) and even made a trip to Viet Nam where she entertained the troops with singing and dancing and visited many orphanages. 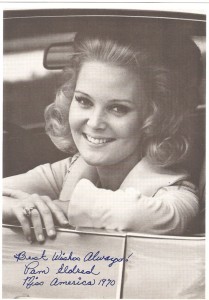 After living out of a suitcase for a year, she decided against a career in stage and drama and do something where she could be close to family and friends. From doing a Google search on her name, it looks like she has settled on Michigan as home. 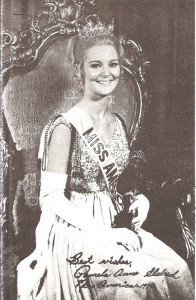