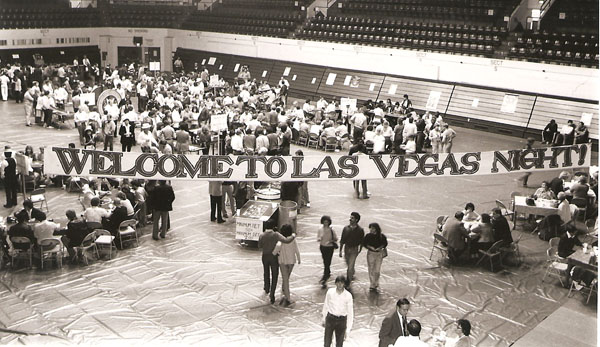 St. Francis Club at the University of Detroit sponsored a Las Vegas Night back in February, 1975. For a $5 admission fee, you would get $500,000 worth of play money gambling chips, all the beer and wine you could drink (!), dancing, gambling and a chance at 50 door prizes given away throughout the evening. The door prizes included dinners, merchandise, clothing, books and many other items donated by local businesses. The profits from the evening would be used to repair the St. Francis Club facilities.

The available games included Black Jack, roulette, craps, and fortune wheels. The tables were open from 7 pm to midnight. 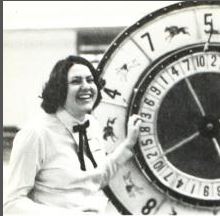 At midnight there was a special auction for items that could be “purchased” with the paper money that the gamblers had accrued during the evening’s events. The items that were auctioned included a dinner and evening for four with Fr. Malcolm Carron S.J. U of D President at one of Detroit’s finer restaurants , one month passes to a local health spa, a case of wine, a gothic kneeler complete with red velvet pads donated by the Office of Campus Ministry and $10 of merchandise from Wrigley Foods (all those old time Detroiters raise your hands if you remember Wrigley foods!).

According to the Varsity News, the evening was a big success. About a thousand people attended the event. About half were students at UD, students from other schools made up the rest. Invitations had been sent out to other local colleges and the St. Francis Club provided free bus service to UD for students attending Mercy, Madonna, and Marygrove Colleges and Grace, Mercy and Henry Ford Schools of Nursing. Technical problems with the transportation left only three of the seven buses available. There is no report as to who got left out.

Between 11 pm and midnight, two million in additional chips could be purchased for only one dollar. Promptly at midnight the crowd moved to the student lounge for the auction. Only the chips received at the door, won gambling or purchased throughout the evening could be used in the auction. Several items in the auction went for over one billion casino dollars; the evening with Fr. Carron went for a bid of two billion. A total of $12 billion in chips was collected at the auction.

The first Las Vegas Night was such a success, a second one was held in October 1975. Alas, only about half the number of people attended and that was apparently the end of casino type gambling on the U of D campus. I guess you could say their “luck” ran out. 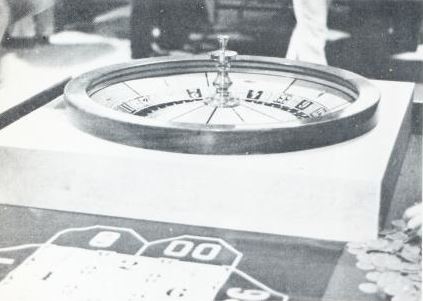