The initial founding of the University of Detroit in 1877 included a collegiate and an academic or what we would consider today “high school” division. This system continued until 1928, when the UD high school was academically separated from the collegiate division. It was not until 1947 that the administration and financial connections between the high school and college were separated into two distinct institutions. 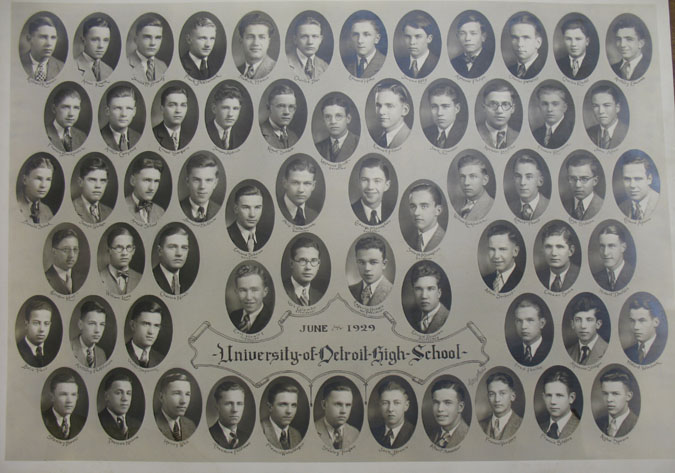 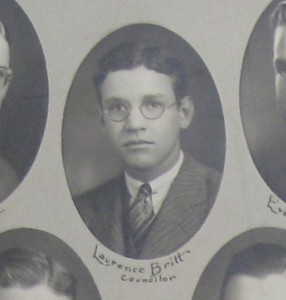 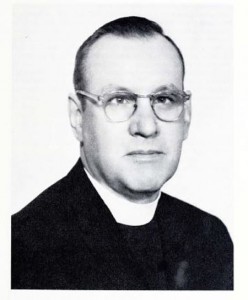 The first alumnus president was William J. Millor, S.J., graduated from the high school in 1918 and college in 1923. He served as the president of the university from 1944-1949. 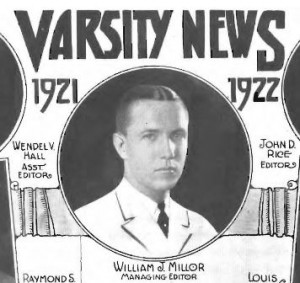 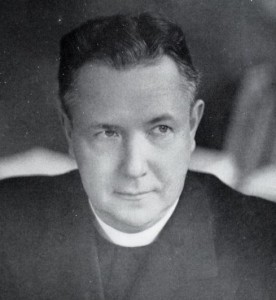 The next UD President to come from the high school was Rev. Celestine J. Steiner, S.J. The high school register show he graduated in 1917 and then attended UD where he played on the UD college football team for two years 1917-1918. He served as president of the university from 1949-1960. 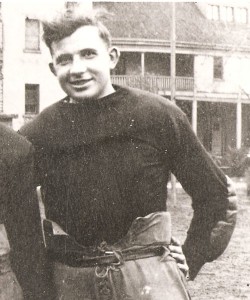 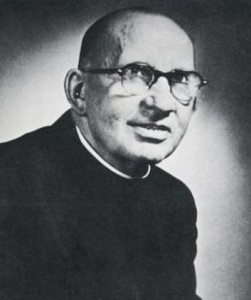 So while the university can put on their alumni list lawyers, politicians, engineers, business men and women, etc., they can also list university presidents as leaders of the community produced through education at the University of Detroit Mercy.