Technical Knockout: When a fighter is taking too much punishment and the referee stops the bout without completing a ten-count. 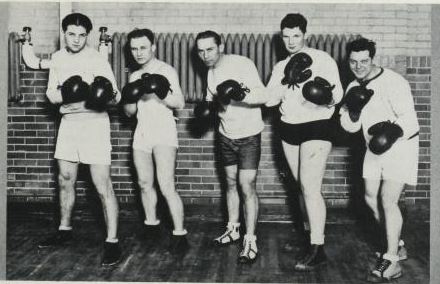 Once upon a time, the University of Detroit tried to start a program for boxing. They had a number of students express an interest, but it does not appear that it ever got off the ground except on an informal basis. Outside of the 1931 Tower yearbook, only a couple of articles about the boxing program can be found in 1931 issues of Varsity news. There were about thirty students who would work out in the Gesu gymnasium under the watchful eye of “Dad” Butler. Any afternoon between one and three, several students would be paired off at intervals across the floor. A few of the students would be classed as heavyweight or light-heavyweight, but most would be in the welterweight class. 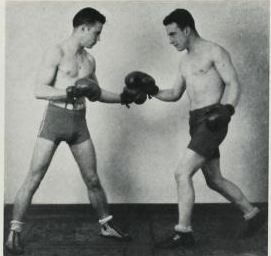 The only other article I can find about boxing at the University of Detroit is in Varsity News, March 16, 1932 and it does not appear that it had any relationship to the university boxing program. A UD student a freshman, Jack Gibbons, son of a famous boxer Mike Gibbons, who was also his trainer and manager, had entered into a local tournament. It appears that the fledgling UD boxing program never got off the ground after the 1931 reports.

Boxing did not completely disappear-at least not in the library. There is one book I have in the archives, “Dempsey: By the Man Himself” that has been autographed by Jack Dempsey. 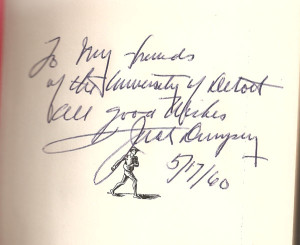 And of course, what would a library in Detroit be without something from the Heavyweight Champion Joe Louis! 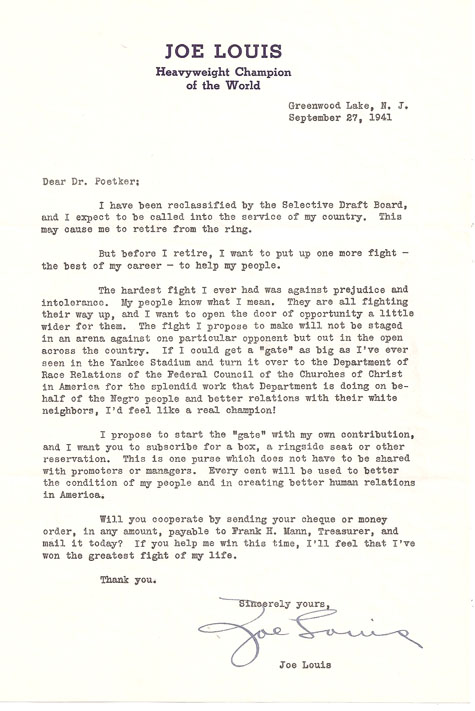 I don’t follow boxing at all, but it seems to me it does not get much attention anymore like it once did.