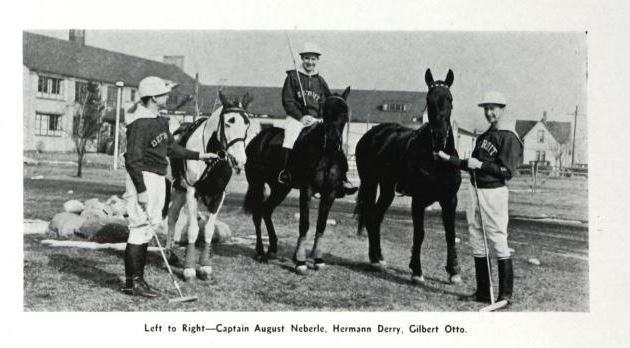 In the previous blog, while I was researching the boxing program, I came across some articles about the UD Polo team. It was also a very short lived program that lasted about two years from 1933 to about 1935. Unlike the boxing program, they actually played a few games with other polo teams. In the initial call to see if anyone had an interest in becoming a team member, twenty-two students responded. The first game was played as part of the activities for the 1933 Homecoming celebrations. They played Michigan State and won with a score of 12 to 4 1/2 (I guess in polo you can score half points). The new UD team consisted on one student, one alumnus and one outsider. The game was played at the Detroit Riding and Hunt Club (located at Nine Mile and Southfield) and some five hundred fans came to see the game. 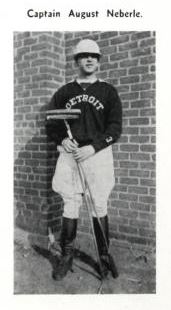 Some of the other teams the UD polo team played against: Detroit Rangers (lost with a score of 20 1/2 – 19 ) Cass Tech Alumni Club, University of Chicago (lost 10 – 7 1/2; third defeat so they must have lost to the Cass Tech Alumni Club (?), no news reports on the game), and Wayne (State) University (won 6 – 2). Wayne University is the last game reported on in the Varsity News. Some of the other teams that were on tap to play such as Illinois and Ohio as well as some local area polo clubs (Flint Woodcraft and Riding Hunt Club!) were never reported and maybe never played for whatever reason.

By the time the 1934 polo team was assembled, the entire team now consisted of freshmen and sophomore students. According to the polo intercollegiate rules, Detroit could have a non-student coach member play on the team. The Illinois team, however, could only play against teams that were composed of full-fledged students of the school. There might also have been travel issues which is why one game against Michigan State had to be cancelled. If you think about it, transporting people isn’t a problem-what do you do about transporting horses? From what I have been able to pick up on the internet, they don’t use the same horse for the entire game, horses need frequent resting time. The UD polo team was fortunate in that the Detroit Riding and Hunt Club helped to minimize some of the cost of supporting the school team.

I suspect the expense of supporting the polo team and the lack of student attendance at the games probably meant that a university polo team would not survive for very long.