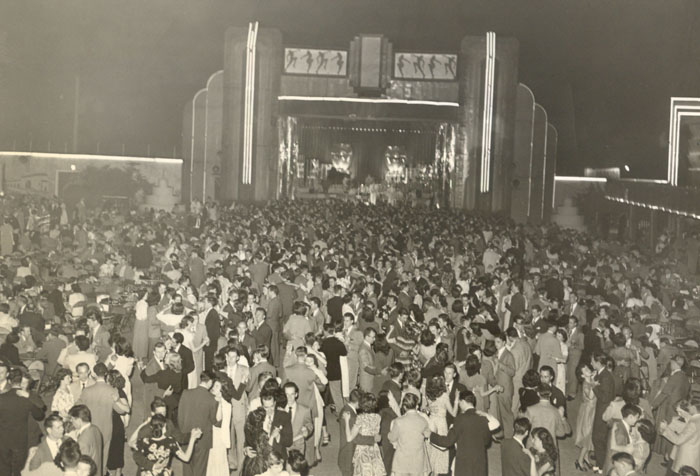 Eastwood Night (which has nothing to do with the actor Clint Eastwood), was an annual dance sponsored by the Student Union,  marking the end of the school year and was usually held at a place called Eastwood Gardens. Some of the bands that played at this occasion included Louis Prima, Woody Herman and Skitch Henderson (well known dance bands back in those days!).

For one year, 1948, the dance was held at the State Fair Grounds when Eastwood officials refused to admit African Americans to the dance hall. The ban caused a campus uproar and the Union board voted to cancel the dance at the amusement park and reserved the State Fair grounds instead. They returned to Eastwood in 1949 when the management agreed to dispense with its policy in regard to African Americans. In 1949, pre-sale tickets were $2.50 and $3.00 at the gate. Management’s policy was to limit reservations to 2,000. 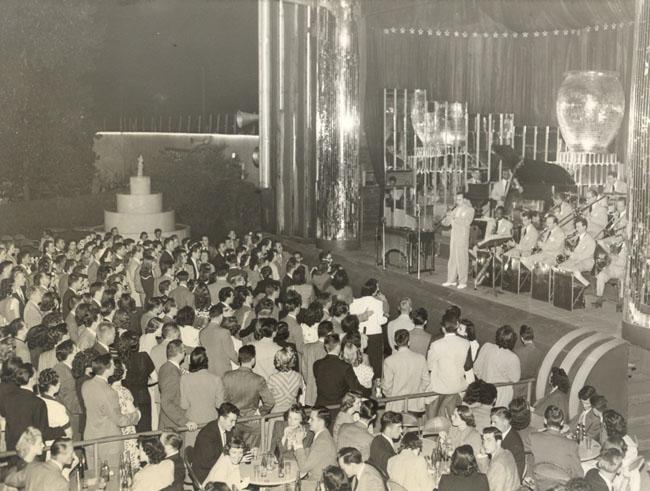 However, the following year, 1950, The”Eastwood Night” had to be held at Jefferson Beach when Eastwood closed because of licensing difficulties. In 1951, Jefferson Beach was not available and no other site was suitable for the dance, so the dance was cancelled. Nothing else was planned to take its place, but browsing through the Varsity News during that period, it does not look like it was missed. There were plenty of other end of year activities for students by other student organizations.