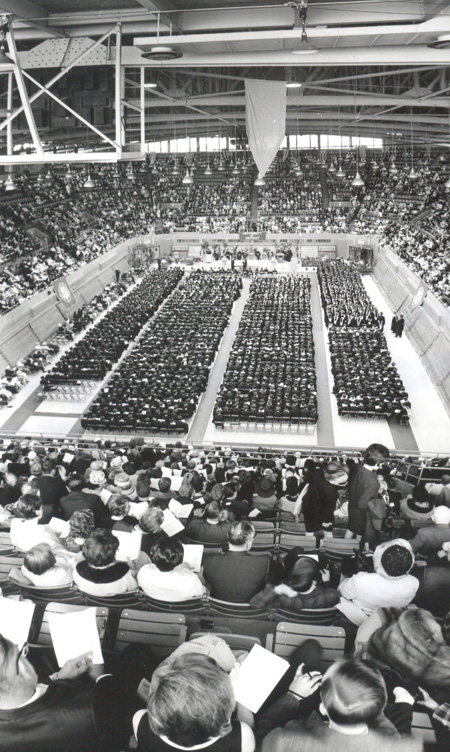 At every commencement, the university invites alumni back for their 50th year reunion. Here is just a sampling of some of the events they would have experienced as students at the University of Detroit and Mercy College of Detroit.

For UD students, some of the memories will include the Spring Carnivals and maybe being in the class taught by Mrs J.O. Smith, now better known at the novelist Joyce Carol Oates. 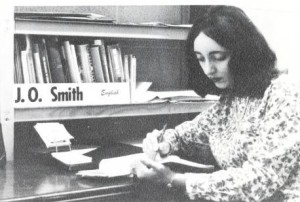 There are the well known personalities that would be on campus such as Michigan Governor George Romney to give a speech on his trip to Viet Nam (which in a later speech used the term “brain washing”) and Louis Armstrong and Carlos Montoya for the Town and Gown Celebrity Series. 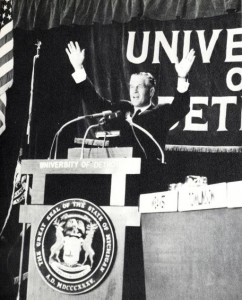 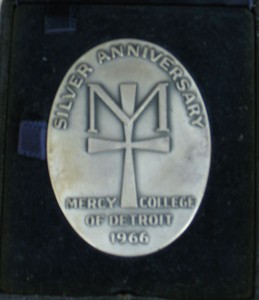 For the students at Mercy College, it was the occasion of the College’s 25th silver anniversary of its founding.

Wards Conference Center was open for business as the new student center for all kinds of activities with its ballrooms, dining rooms and  food services. 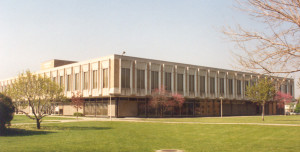 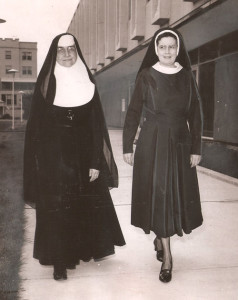 The Sisters of Mercy were also responsible for the design of the new habit that would be used for a short period before they adopted the dress of the layperson.

The Speech and Drama Department kept busy with such productions as “The Skin of Our Teeth” and “Sound of Music”.

Mercy College had just recently started to enroll men at the college. In 1966 they formed their first fraternity 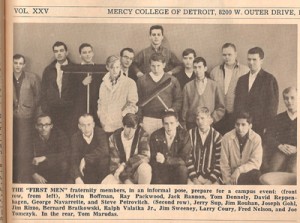 Lots of memories-lots of changes over the past fifty years. Just imagine what the class of 2016 will have to look forward to with their fiftieth year reunion!