Every once in a while, I come across things that have not seen the light of day in probably a hundred years. Nobody here  knows about it and maybe nobody cares. But back in 1908, somebody cared enough to take a picture and that should count for something. It’s not like today when just about anyone with a cell phone will take a picture of anything and probably should NOT take a picture at all of somethings!

The following pictures are about the old gymnasium on the downtown campus at the rear of 651 East Jefferson. The pictures are of the excavation site for the gymnasium that was to be built (from the notes on back of the pictures, the old “ambulatorium” was being torn down), during the summer of 1908. On back of the picture with the trees notes that the “Trees in rear are sidewalk trees on Larned St.” 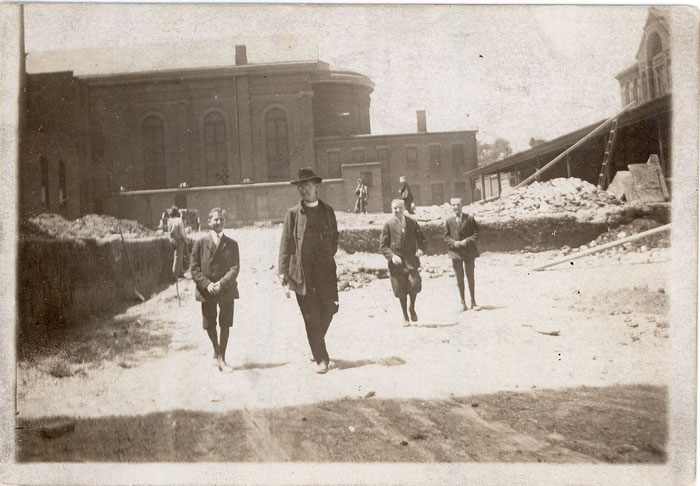 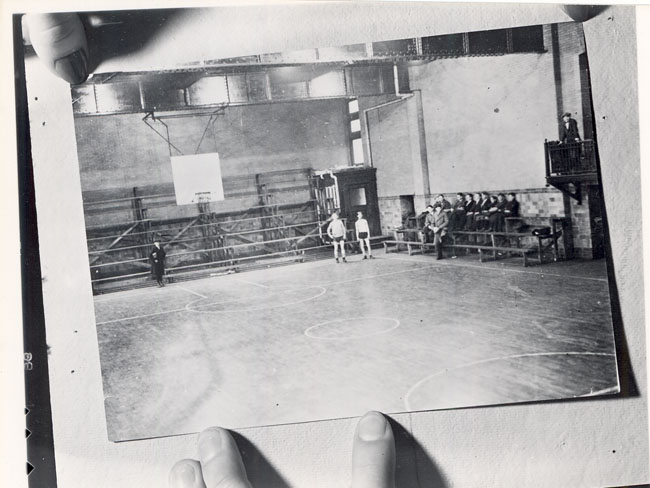 The Student Fitness Center that opened on the McNichols campus in 2012 is a far cry from the old gym.