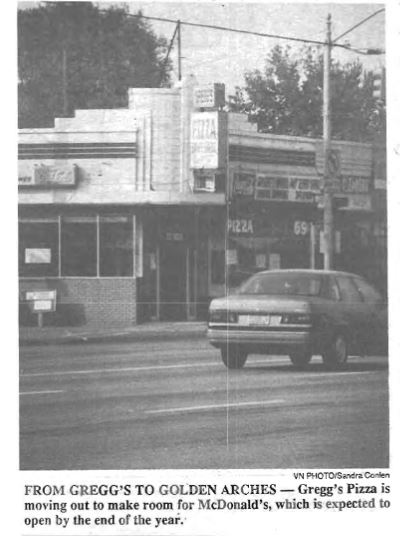 OK- well not exactly ON campus, but you can’t miss it. McDonald’s set up shop at the corner of McNichols and Livernois in 1989. Originally on that corner was Gregg’s Pizza, which just moved to another building nearby on Livernois. When it opened in January 1989, it became the 35th McDonald’s franchise to open in the city of Detroit. 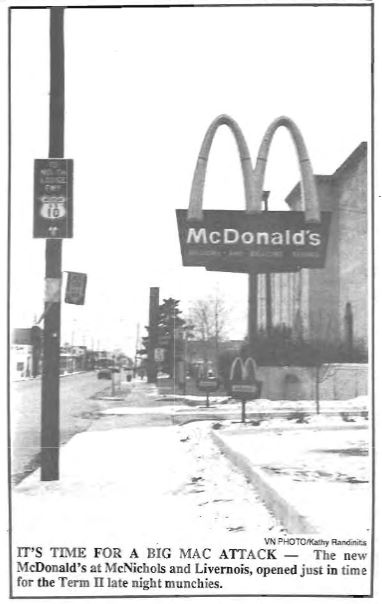