This is one of those occasions of “Do you have….?” I get a call from someone working on a PBS documentary asking if we had a video of Governor George Romney’s 1965 broadcast on his report of his trip to Viet Nam. Sadly, we did not have any video of the event, but here is what I did find: 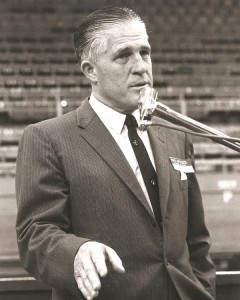 Governor George Romney gave his report on his trip to Viet Nam on November 16, 1965 at Memorial Stadium (now called Calihan Hall). According to the Varsity News, the decision to address college students came up while he was still in Saigon. Through a number of connections, a quick letter was sent to the Governor’s office inviting him to give a speech to the students at the University of Detroit. When the Governor arrived in Lansing on Saturday, he was informed of the U of D offer and the decision to accept the invitation was made Sunday night. When they looked at his schedule, Tuesday was the only open date. So in two days, the University made all the arrangements, called all the local colleges, got the ushers from ROTC, and set up the radio and television facilities.   Even with the short notice, about 2000 people attended the speech. 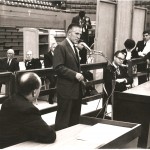 After the broadcast was over, the Governor answered questions from the students. A small group of 15 students from the University of Michigan, members of the Students for a Democratic Society, walked around in a small circle outside the building. carrying signs denouncing the government policy in Viet Nam. 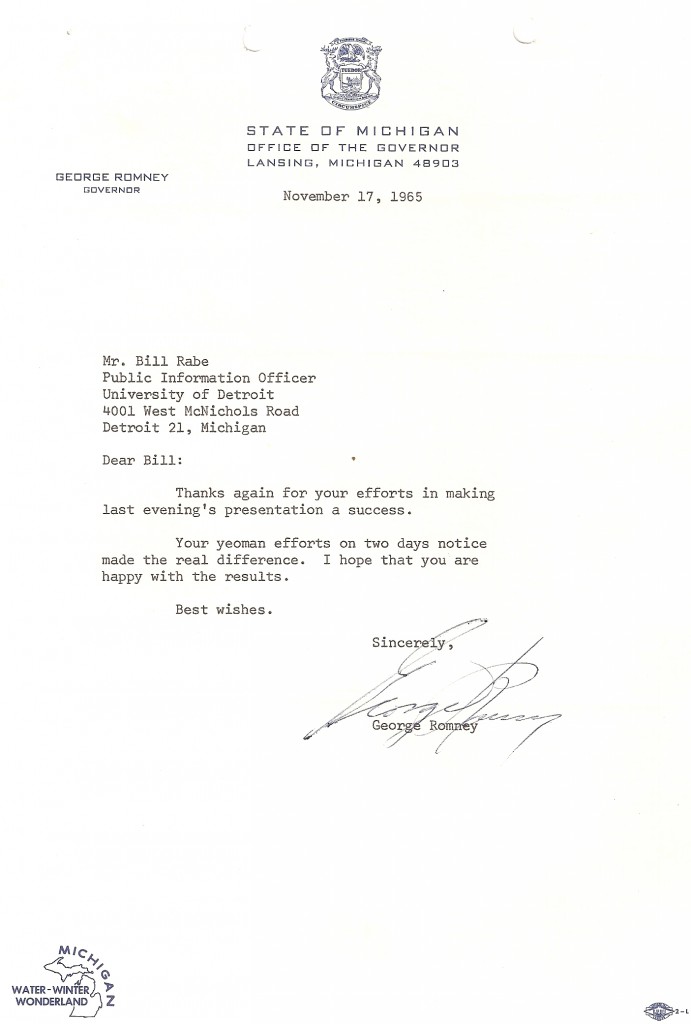 Fast forward a few years later, George Romney would make his “brainwashing” statement about Viet Nam which some would say ended his run as the Republican candidate for the 1968 Presidential race.

To help put some of the time period in perspective:

The Detroit Pistons moved to the Pontiac Silverdome – and they rented the U of D basketball floor to show the Silverdome officials what the floor would look like in Pontiac at the suggestion of Athletic Director Dick Vitale. Dick Vitale would later resign citing a recurring ailment, bleeding ulcers.

The University of Detroit Memorial Building was renamed Calihan Hall in honor of the former Athletic Director Robert Calihan who had retired in January.

Some of the movies playing in the area at the time: Looking for Mr. Goodbar, The Goodbye Girl, Close Encounters of the Third Kind, Saturday Night Fever, Turning Point and The Gauntlet (Clint Eastwood minus the empty chair!)

Coleman Young won his second term as Mayor of the City of Detroit over Ernest C. Browne Jr.

On Television some of the top shows : Roots, Lou Grant, Happy Days, and All in the Family

Now for a real test of the memory for the Class of 1978! In the yearbook there are lots of group pictures of various organizations at U of D, but NO NAMES! This is very frustrating when I get a request from a family member looking for a picture of a relative that attended the University.

Here are a few pictures: 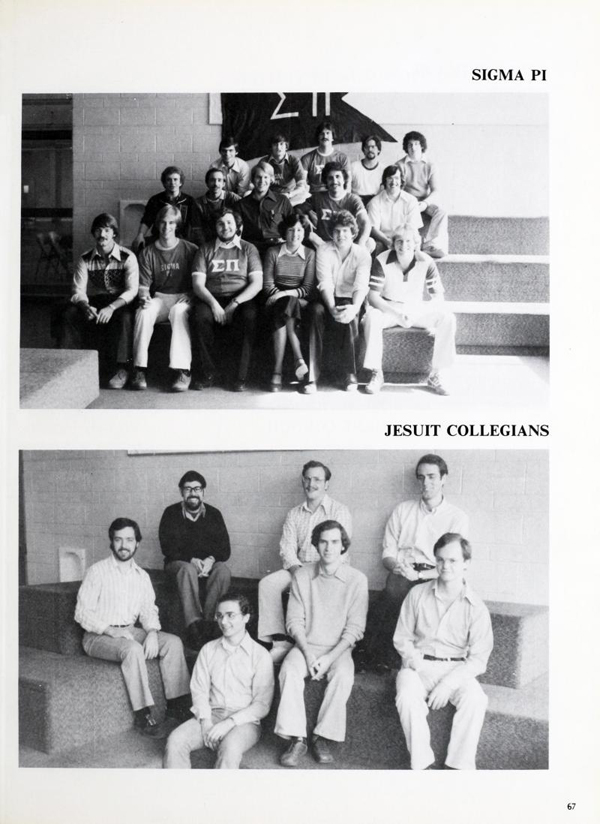 Are you in these pictures? Do you recognize anyone? Check out the whole volume for more memories and see how many of your fellow students you remember. 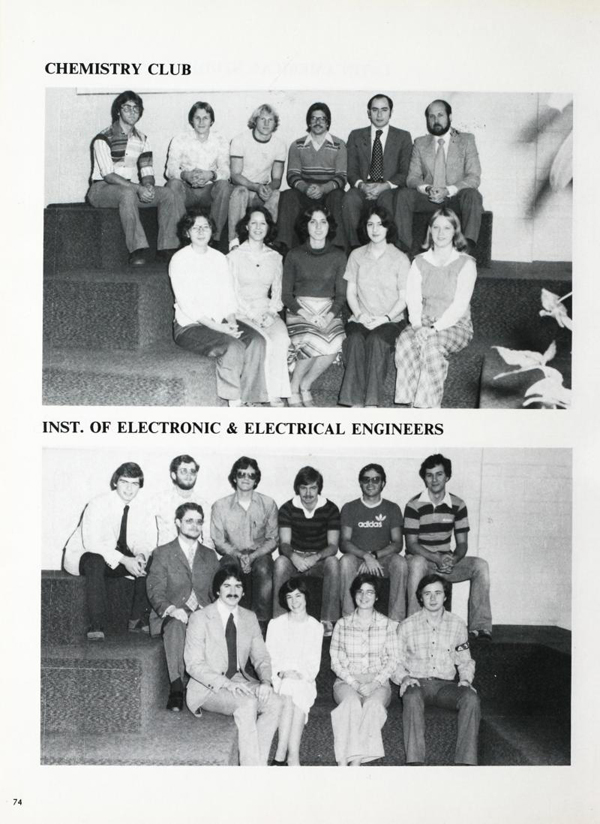 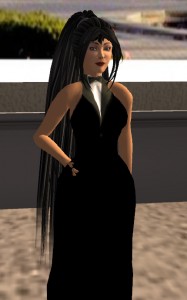 Welcome to the first posting of the University of Detroit Mercy Archives and Special Collections Blog!

There have been so many interesting and unusual things that I have come across in managing the archives and special collections here at the library that I decided there should be a way to share my experiences. I hope to post something every week about the events and people that have been a part of the history of the University of Detroit and Mercy College of Detroit. Many times the things I find are more by accident or chance, those are the types of material I find the most interesting.

That picture you see is my avatar on Second Life. UDM has a Second Life site where you can make a virtual visit of the UD Football Programs, Black Abolitionist Archive and Fr. Dowling Marine Historical Collection. I will go into more detail about these places in a later posting. Don’t forget to check the library Pinterest site for more pictures from the archives.

So check back here and see what forgotten treasures and memories I come across here at the University of Detroit Mercy Library.