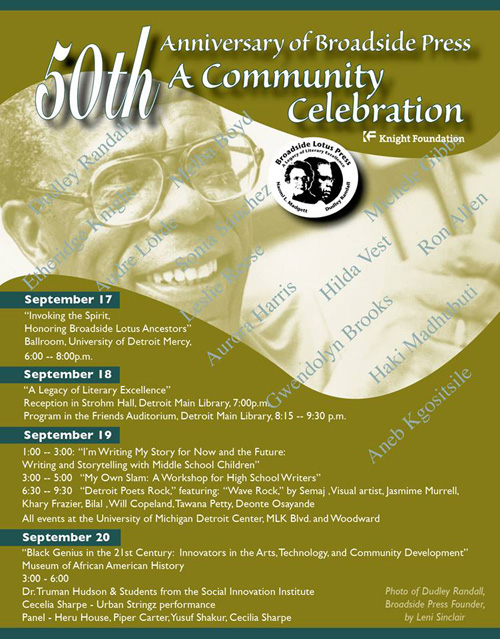 Dudley Randall was the poet in residence as well as a librarian at the University of Detroit Mercy. He founded the Broadside Press in 1965 as a venue to publish and promote African American poets and writers. The works of Sonia Sanchez, Nikki Giovanni, Gwendolyn Brooks and many others that were mainly Detroit natives had their works published by Randall’s Broadside Press. Dudley Randall passed away August 5, 2000, but his legacy has continued through the publications of the Broadside Press. 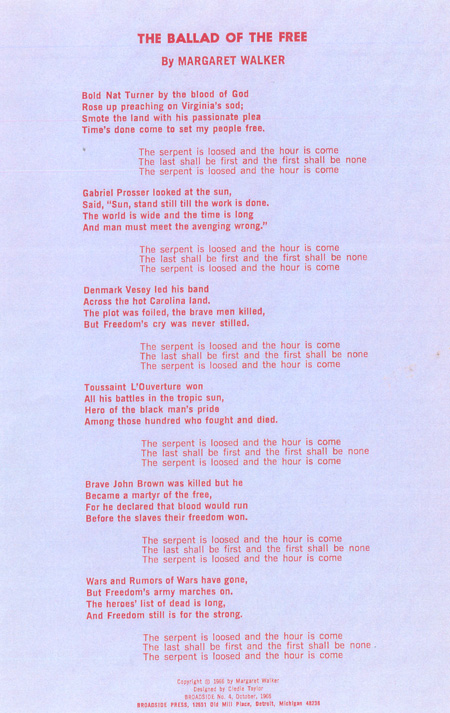 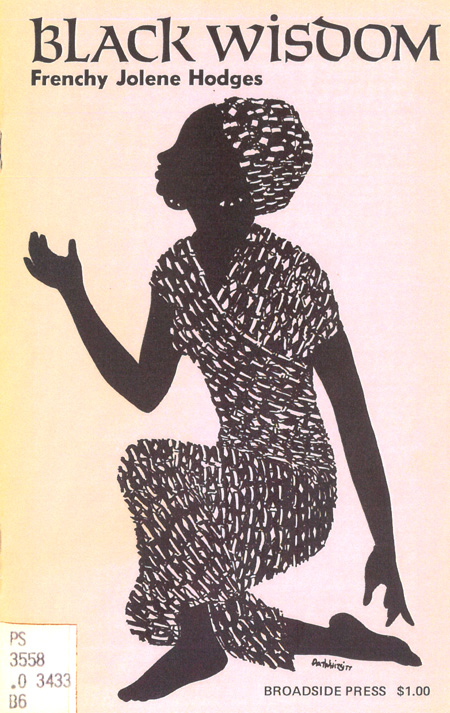 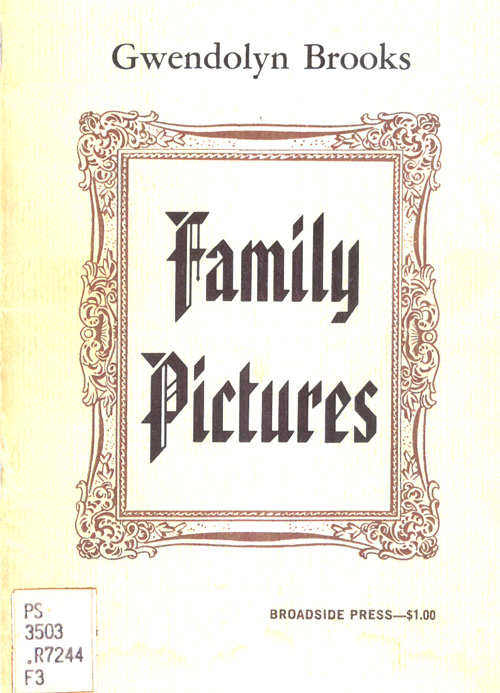 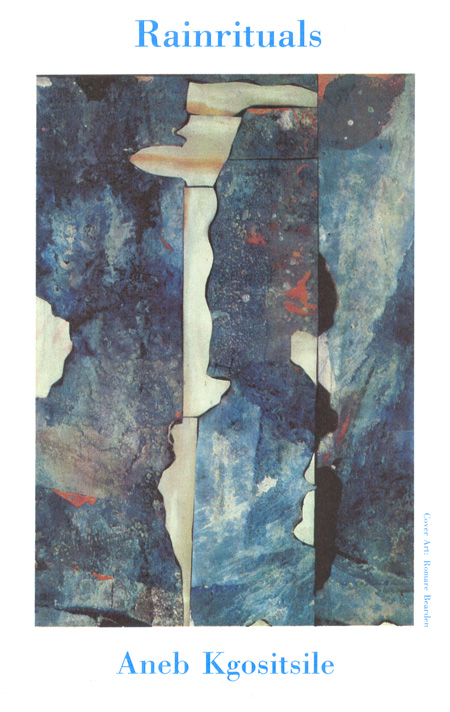 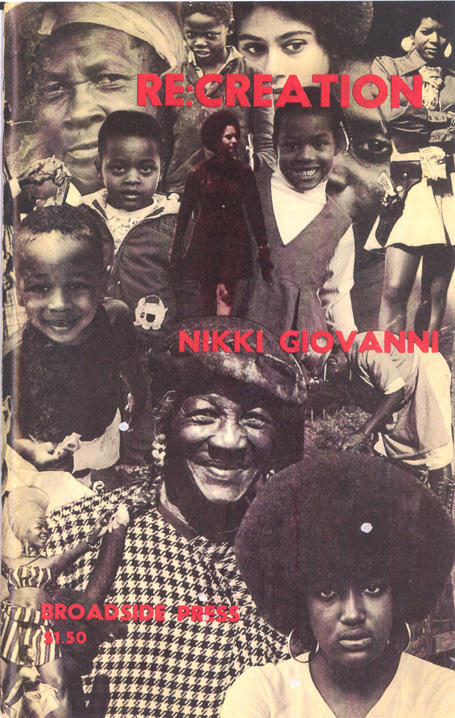