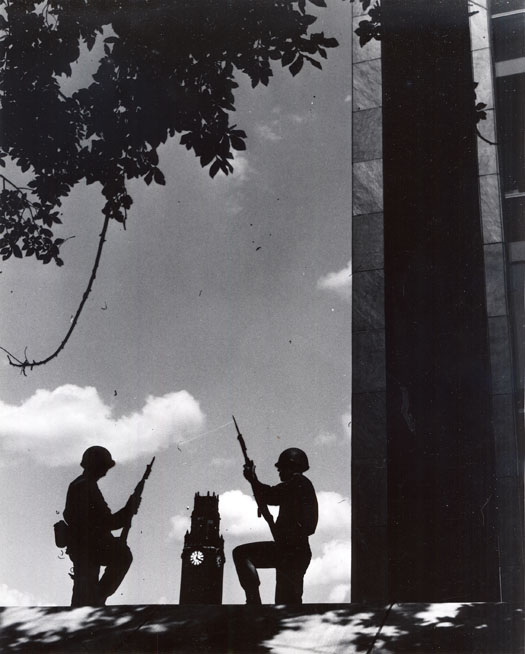 On the 50th Anniversary of the July 1967 Detroit Riots, there has been a lot of discussion in the media as to how it affected the people in the area during that time period. What started as a quiet Sunday morning of July 23rd turned into an unforgettable civil disturbance that lasted about a week.

During that period members of the National Guard were posted at the McNichols campus as well as additional private police were on patrol. No disorder or damage took place on the McNichols Campus. 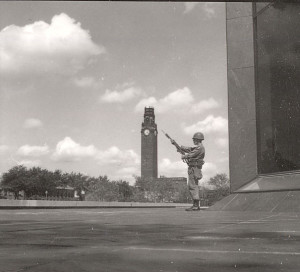 Summer school sessions resumed normal class and staff operation on Wednesday morning at the request by government officials to restore normal routine to the city as soon as possible. 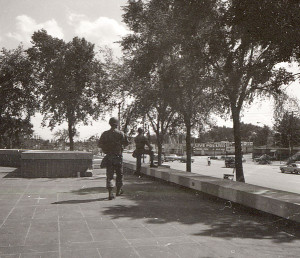 During the three-day emergency, many of the campus posts were manned by students. More than 30 nuns attending summer school operated the kitchens and cafeteria of the Student Union Building for 2,000 resident students of the Summer Session. Other nuns manned the switchboards and reception desks in the residence halls.

Also on campus were high school journalism students attending a seminar on high school newspaper and yearbook publications.The high school girls were originally housed in Foley Hall, but at the beginning of the riot outbreak, they were moved to Shipley Hall for a couple of days.The girls were housed on the seventh floor and the nuns on the floor below them. When asked about any inconveniences the girls replied “showers”. There were five for the 120* girls in the building. (*The news article gave that number, but I think it should be less, boys were also attending the workshops. I think that number covers all the attendees.) 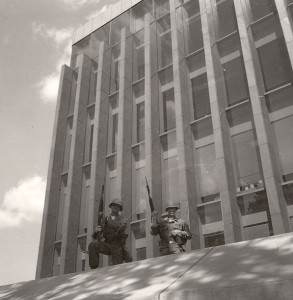 With more than 3,000 arrests during the riot, the University of Detroit Law School students helped prepare bail release questionnaires conceived by Detroit’s Neighborhood Legal Services Department for 961 prisoners confined at Southern Michigan Prison. Donald Murch, assistant law professor at the university and associate director of Detroit’s urban law program, appeared with 18 of his students to help with the process.

The aftermath? Have race relations improved? Have attitudes toward the police gotten better? Has the image of the city of Detroit changed for the better? Even after 50 years, those views are still evolving.