A View of Past Presidential Elections October 2016 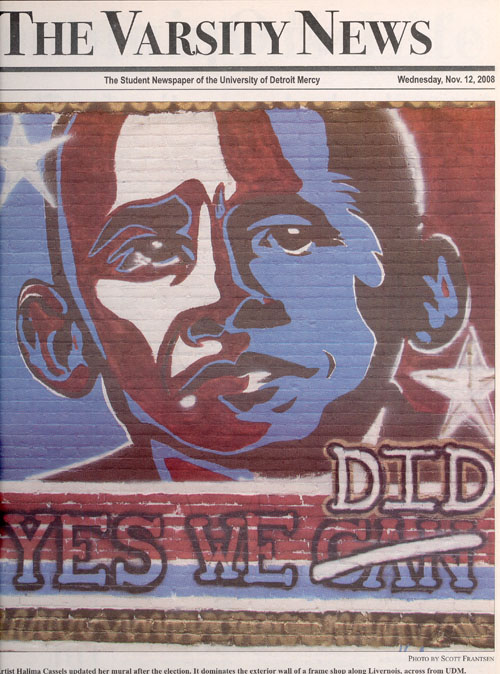 The following viewpoints are not necessarily those of the University of Detroit Mercy or that of the employees of the university or library. I thought I better put that disclaimer in just in case-I don’t want anyone to think that any political bias that might get expressed here reflects on anyone but me.

While college students came out in significant numbers to support the election of President Obama in 2008 and 2012, that seems to be more the exception than the rule when it come to college students role in presidential elections in the past. Clinton does not seem to be inspiring the students to vote for her and Trump might be discouraging students not to vote at all.

Just as a quick check on what was being reported in the student newspapers just before a presidential election, here are a few observations from the Varsity News:

The remaining election years reported in the Varsity News have the usual articles you would find in a newspaper. Would have liked more polls of the students to see how it might match the vote with the rest of the nation.

Whatever your political leanings might be, I hope you will go out and vote.